Tender is the flesh by Augustina Bazterrica | Book Review

Well. So I was recommended this book by my lovely fellow book tuber and friend Readbybeth during her Women in horror weekend. I ended up starting up recently and finished it just as April was coming to a close. I must say, it started off as a ‘Wow, yes, yes yes please!’ kinda book. If you know what I mean? The kind of book where you start it and instantly feel hooked and ready for this gruesome and ‘this could totally happen’ kind of read. 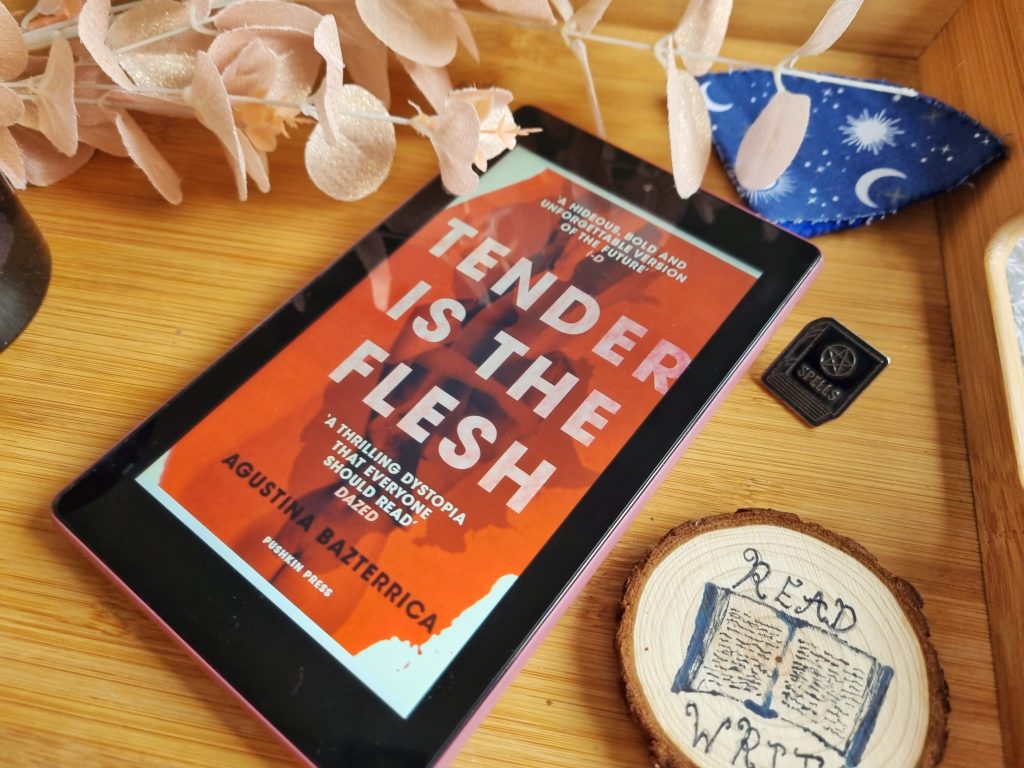 It started so well and I was instantly favouring it, but then after a few sessions I was slipping slowly out of love. I started not wanting to pick it up and dive in and that for me is not what I want from a book. I want to be pulled in so much so that I don’t want to put it down, and at the beginning, it worked for me but as the book went on it just started to fizzle out slowly and with everything I’ve had going on my end, it just hasn’t been a book I find myself going to.

However I decided to finish it. I wanted to find out what happens in this crazy world the book creates because I can definitely see this situation being one our world could face, particularly since we have been in the midst of a huge, terrifying pandemic the last few years. 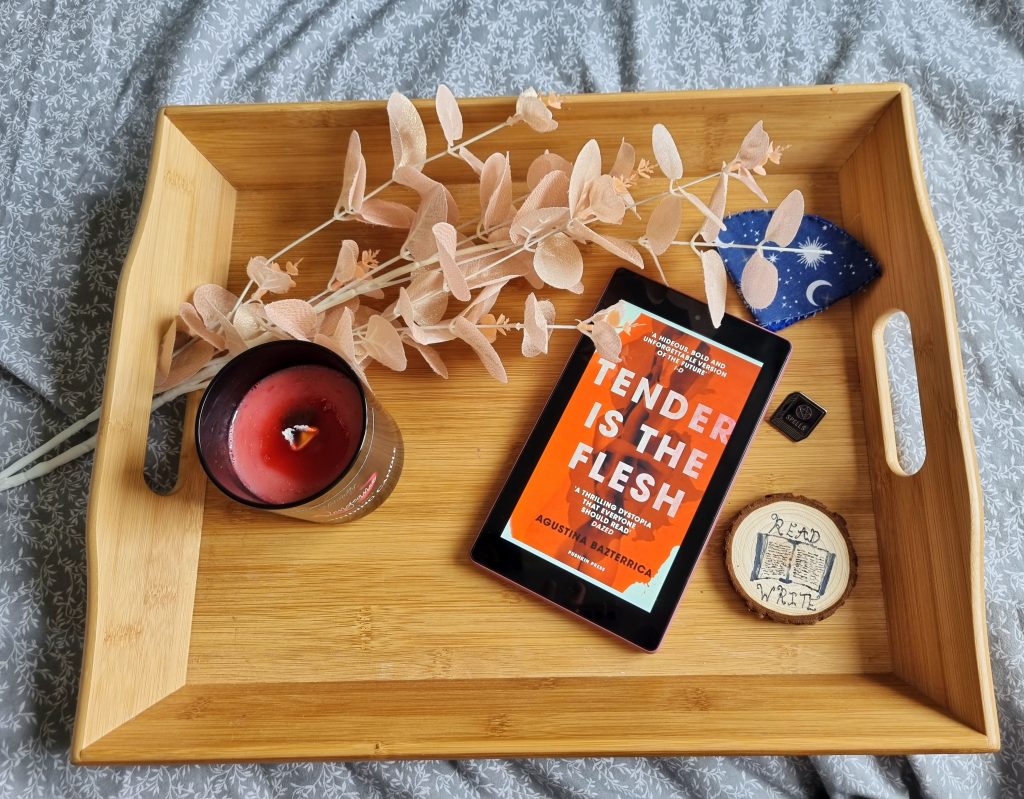 So the book starts off on quite a heavy note. You find yourself following a character who works pretty high up within the new and most important industry in the world – The ‘new’ meat industry which breeds and uses humans or what is now referred as ‘heads’ to feed the other humans of the world. This was called ‘The Transition’ and to put it short, the animals used for consumption developed a virus that if passed on to human through eating the meat, will kill them and therefore animals were executed, including pets and all meat processing, milking and farms were closed. Many thought it would be the uprising of the ‘vegans’ and that the population would move to veganism, but instead, people were so hooked on meat, dairy and such that they began breeding humans (heads) to make milk, cheese, meat and also various products essentially replicating leather.

I know what you’re thinking. ‘Damn that’s some heavy shit’ – You are very right. That indeed is some heavy shit. It is definitely the kind of situation I could see happening if the world was faced with this issue. It’s scary but very intriguing and I was very interested in this book. It started with a bang. It was emotionally, anxiety inducing and made my stomach turn a little at the details of the ‘processing’ of the ‘heads’ but it was the kind of stomach turning information that you just have to keep reading. 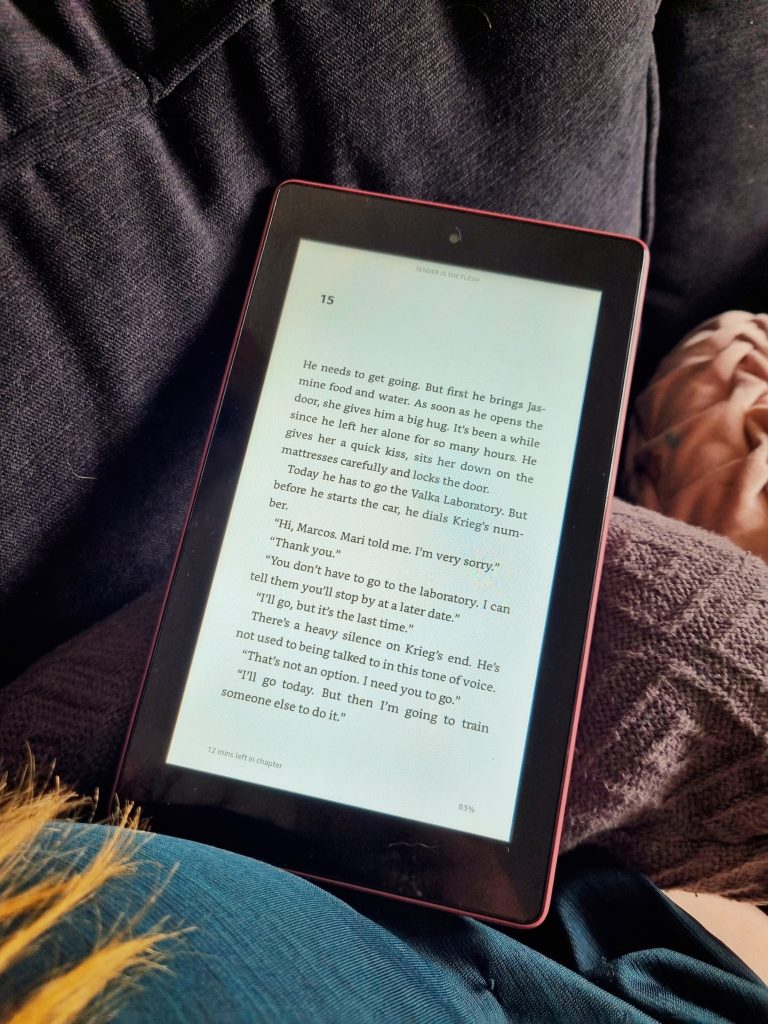 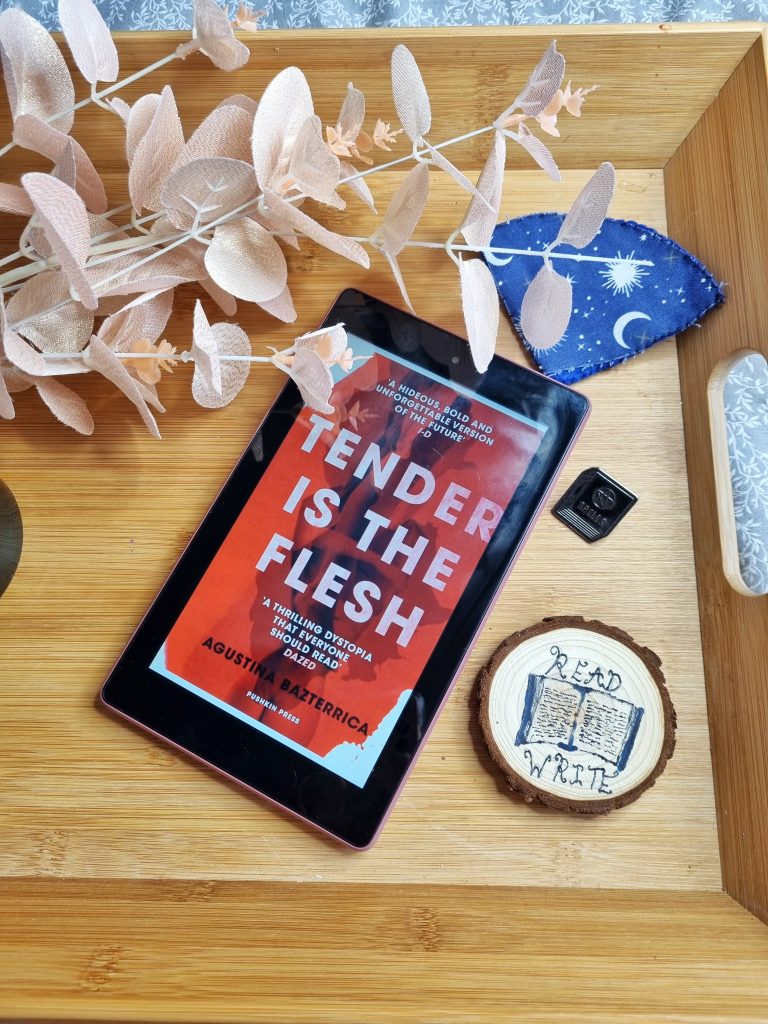 It’s only a short book and half way through I was very underwhelmed at how the story was developing, well I felt like it wasn’t really developing. Moreso staying the same with little bits of ‘WTF’ in it. When I was on and off it wasn’t really making want to keep reading, but one day I just decided to carry on and finish it. I ended up coming to the end waaaaay before I expected and it really shocked me. It was quick, unexpected and I thought there would be at least three or four more chapters.

To put it bluntly, I wasn’t very happy with where it ended. Just like my previous review of The weight of small things, it ended very quick without expecting it and I felt super underwhelmed at where I’d kind of been kicked out of the story.

To be honest it was a little bit traumatising. The end scene was one I didn’t expect at all and the characters we were following led me into a false sense of security. I then realised that even the good ones can be a little bit f*cked up and it’s slightly sickening.

I wasn’t happy immediately after finishing but when I thought about it, I was quite impressed with the meaning and the message within the end scene. Have a read and see how it makes you feel!

Tender Is the Flesh by Agustina Bazterrica
My rating: 3 of 5 stars

A well written book well suited to the daunting times we as a race are facing with the pandemic currently. This books drops you in the deep end into a world taken over by greed for meat and finding anyway, no matter how horrific to get it! We almost awaken in a world like our own where there is virus spread to animals. This virus is then spread through to those who consume animal meat and derived produce causing the people to die so animals are executed and taken off the consumer market.

Instead of a rise of vegans, we find a race so hungry for meat that they 'transition' from animal breeding, to humans (heads) being bred for consumption. I know... WTF am I right?

It's a pretty gruesome book, short of sparing on the details and is quite captivating to say the least. I enjoyed the first half but found myself drifting during the second half. I didn't feel there was much development of story or characters. There were small events that shocked me but then just almost a one liner to carry on. The book ended on a very immediate and unexpected note. I wasn't prepared for such a quick ending and didn't realise I was coming close due to reading it on my amazing fire. I expected at least another 3/4 chapters. I DID NOT expect that ending.

Upon reflection I was intrigued and saw the meaning and 'holy crud' aspect of it, but I definitely did not expect it to be Cut short and to be what felt like kicked out suddenly.

The ending for me made me realise that even those we trust can do cruel things.

Worth the read but don't go in with too many expectations of the outcome.

View all my reviews

Thank you for reading! I hope this review has been interesting for you and you enjoy it if you decide to read it. Let me know in the comments

My favourite makeup brands that cater for all! | Beauty series

How to cope with… 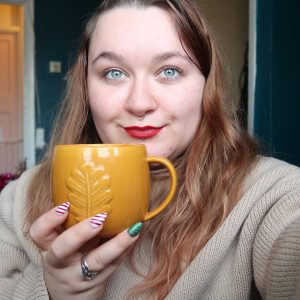 How to cope with an anxiety attack | Mental health tips 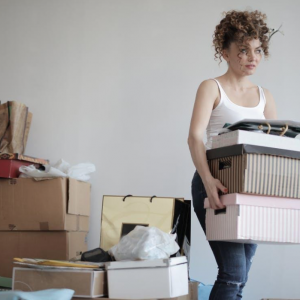 4 Effective Tips to Declutter Your Home