As you may have seen, this week is Mental health Awareness week and the theme is Loneliness. Since we’re around the middle of the week I thought I’d speak about what loneliness is to me and how loneliness has played a part in my life. Speaking about it online or in person can really help with the stigma around it and make the topic less scary to approach and talk about.

As a child I always felt like I got on with adults more than people my age. At school I was different to other students in my class; I was anxious, scared of everything, had sensory issues and just struggled a lot. I was bullied too and developed a stress disorder call trichotillomania which is a hair-pulling disorder which is basically compulsive hair pulling. It lead to me losing most of my hair. Due to looking visibly different, the bullying continued, which was a vicious cycle. I was bullied, it caused the stress disorder. The stress disorder then caused me to be bullied even more due to the way I looked.. A very horrid cycle and one that made me even less happy about socialising. Oh and I am a very short gal, so I was picked on consistently about my height. I was just 6 years old at this point.

When my hair-pulling condition reached it’s peak, I was left with rarely any hair and lots of bald patches. I remember being out with my mum, going for blood tests and random people would say ‘awh she’s beautiful. Does she have cancer?’… and my mum would walk off crying. It was a very horrible time. On top of this I was clearly displaying signs of being autistic (We didn’t know until I was 15 however) which made my mindset different and it made me struggle immensely. I thought I was adopted, was convinced everyone was trying to poison me and thought my teachers were recording me whilst I was at home.. Again, I was six. Looking back, I can feel the ache in my stomach, remembering how isolating this all made me feel. It was a lonely place.

When I reached secondary school, things didn’t really change. I was the small, nerdy, geeky girl who wore glasses and hadn’t quite developed a sense of style or any defence shields. The bullying continued but got very bad. I was attacked, picked on and just pushed down and down until I had no further to be pushed. I felt segregated. I hated my appearance and didn’t feel good enough for anyone. I was a high achiever but the bullying was taking it’s toll. I did however try my best but when it feels like the world is against you, it’s hard to feel heard, listened to and validated.

When I was 14 I got very poorly mentally and after months of working in a guidance and support unit for some lessons, weeks off school, grades fluctuating and many psychologists and doctors sessions, I was diagnosed with Aspergers, mild OCD, Tic disorder, extreme anxiety and reactive depression. It was a blessing to be listened to and helped. I was so lonely in my mind, thinking I was going crazy, which was how people would make me feel. My mind was a hollow place and a scary place to be, alone. After diagnosis, my best friend died. I again took a hit. What was I without her? Things got so bad I had to be pulled out of school. It was a relief but I rarely saw friends and felt like I was the odd one out and like everyone would forget me. I had truly buried myself and felt like I couldn’t get out. The anxieties were dangerous and I didn’t want to be here. The lonely had sunk so deep and it physically hurt. I was without education at the most important time, in year 11, my last year of GCSE’s. I had no education for months and was consistently told by teachers and family friends that I’d amount to nothing. Luckily I became homeschooled and life got back on track.

Things did improve and I got myself better but every so often I dipped again. Friendships fell apart making me feel worthless and not good enough for anyone. I had a relationship that ruined me and left me very ill mentally and physically and then even when I was surrounded by people, I felt lonely.

I am indeed in a fairly good place now. I have my struggles a lot but I’m stronger mentally and can help myself reason with my anxieties and depression. I do however still find that loneliness is a feeling I have often; At work, I feel less than others and not worthy. I feel apart from them and it’s a hollow feeling. Even in my friendship group I have these feelings and it’s sad but I realise it’s my anxieties working against me and sometimes I feel it’s self sabotage. I don’t often feel good enough for most groups of people, whether that be family, my partners family, friends or colleagues but I find my ways of coping with these thoughts and feelings and I have hope that each troubling time will get better. Together, we can beat the feelings of loneliness!

Thank you so much for reading. I hope this post has can help towards reducing stigma around this topic. Feel free to pop a comment down below.

Different kinds of home improvement you might want to try out! | Lifestyle interior series *AD

Quick Tips For Sorting Out… 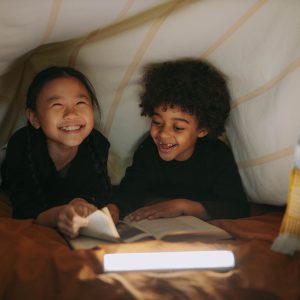 Quick Tips For Sorting Out Your Kid's Room | Collaborative post