Earlyish nights and feeling mentally awake call for a bit of reading 📚 I'm loving having @AmazonKindle on my phone. My current go to read on my phone is 'Under one roof' by Ali Hazelwood 😍

Nominate your favourite creators, branded campaigns and/or yourself here: http://www.blogosphere.biz/awards

It's not just me is it?... Fairy mayor @BorisJohnson from Ben & Hollys magical Kingdom

I gave ‘Kiss of Death’ a four and a half stars!

This book was one of the random picks of this years challenge and my goodness am I glad I picked it up. One Saturday morning I was ready to start a new book after finishing ‘The Hunted’ and I walked past my bookcase on the way out and my hand was drawn to this one! 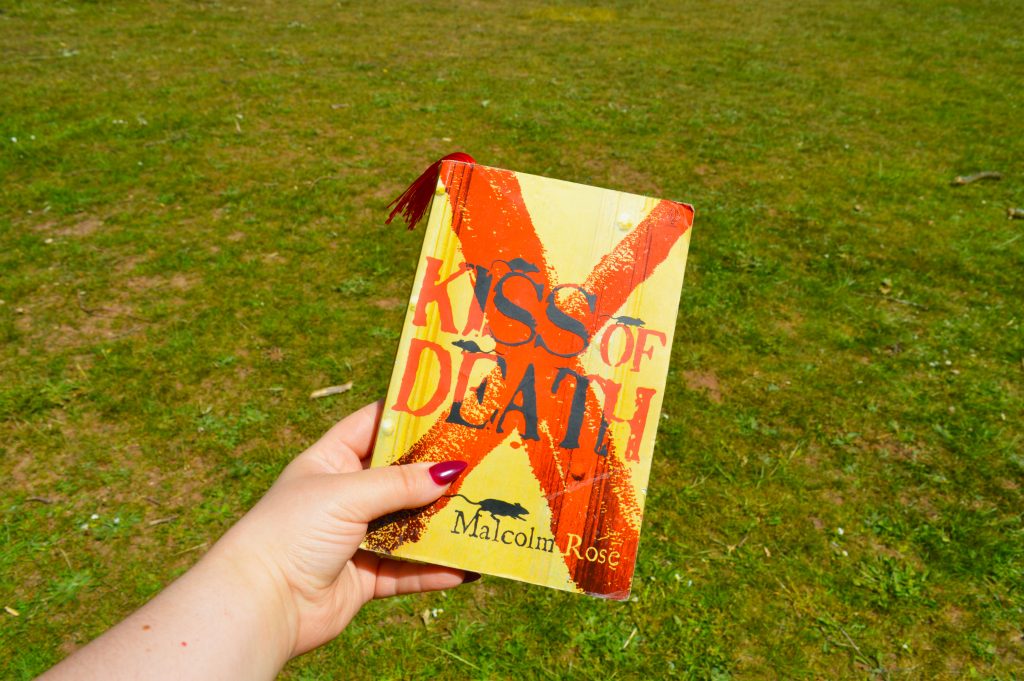 This may not be for everyone but it was meant for me to pick it up. I really did enjoy it. It begins with a prologue focusing on a man called RT who destines to be with his love. However being in 1666 the Black Death plagued the city of Eyam and forced the people into quarantine, meaning RT was forced into life without his fiancé.

We move to the present day where we follow the group of teens who are on a history trip to the city of Eyam to learn about the plague and the stories behind it. Two of the trio decide to take something that belongs to Eyam and pay the consequences dreadfully. Seth has to find ways to bury the pas safely where it belongs. 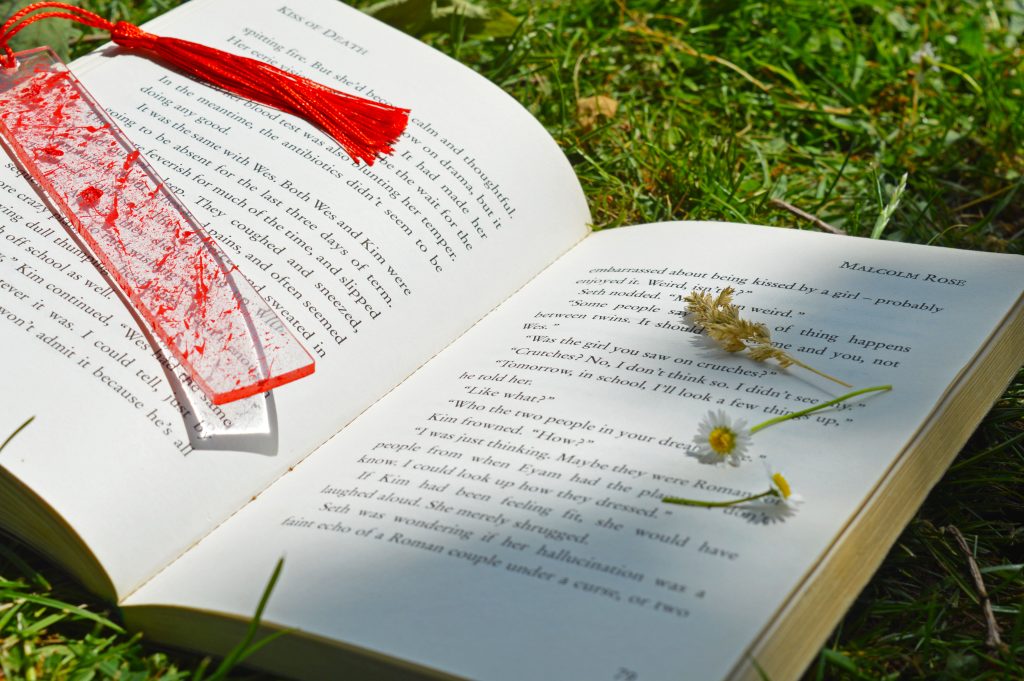 This book is hooking instantly, makes you want to keep reading and flows really well. It is an easy read and I say that positively. It gets right to the point without any faff and is a really nice length for those who prefer shorter books. This is for sure a weekend read, cosying up or in the sun! I read this over 3 days and genuinely felt like forgetting it so I could read it again!

If you’d like to watch/ listen to this review as a video, you can see it on my youtube channel! 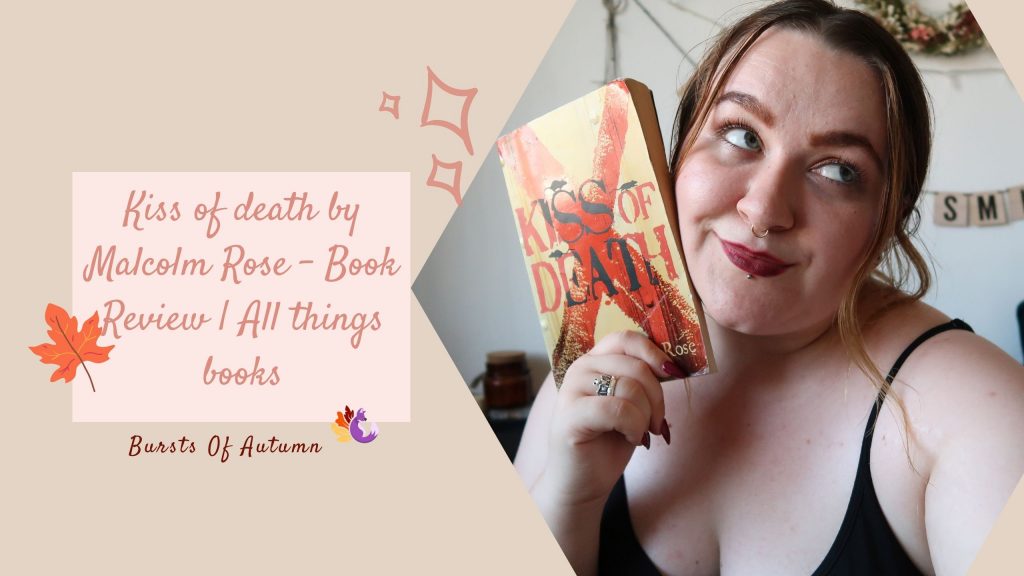 Thank you so much for reading. Have you read this book? If so let me know and if not, would you?

The weight of small things by Julie Lancaster | Book Review

Tender is the flesh by Augustina Bazterrica | Book Review

The Silence of the lambs by Thomas Harris | Book review 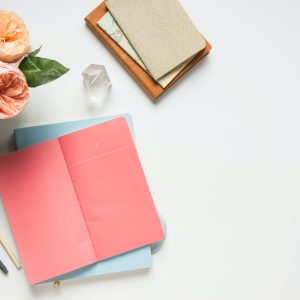 Ways to stay organised and be ready each month | Lifestyle Series & My tips!

Ideas on upgrading your backyard…

What I’ve been posting throughout the months!

Happiness, Lifestyle and all things wonderful.
I always say that the most important thing in life is happiness, therefore that is what I'd like to share.
I'm an honest, kind and happy person who loves sharing my experiences and real stories to help others like me realise they are not alone in this huge world.
I'm a huge supporter of mental health and body positivity and believe we can change the way society is about these topics together.
Just a small girl in a big world trying to be happy!

Our little trip away to Gloucestershire | January 2022
YouTube Video UCmCgyi4GsTMrcxo3JVzKJhg_cq3dol7yREw

We use cookies on our website to give you the most relevant experience by remembering your preferences and repeat visits. By clicking “Accept All”, you consent to the use of ALL the cookies. However, you may visit "Cookie Settings" to provide a controlled consent.
Cookie SettingsAccept All
Manage consent

This website uses cookies to improve your experience while you navigate through the website. Out of these, the cookies that are categorized as necessary are stored on your browser as they are essential for the working of basic functionalities of the website. We also use third-party cookies that help us analyze and understand how you use this website. These cookies will be stored in your browser only with your consent. You also have the option to opt-out of these cookies. But opting out of some of these cookies may affect your browsing experience.
Necessary Always Enabled
Necessary cookies are absolutely essential for the website to function properly. This category only includes cookies that ensures basic functionalities and security features of the website. These cookies do not store any personal information.
Non-necessary
Any cookies that may not be particularly necessary for the website to function and is used specifically to collect user personal data via analytics, ads, other embedded contents are termed as non-necessary cookies. It is mandatory to procure user consent prior to running these cookies on your website.
SAVE & ACCEPT