*Guest post* – Online Pharmacies: How the Way We Buy Medicines Has Changed

Pharmacy started off originally as an ancient practice, but it is now an online business. The places that sell medicines now sell lots of other products relating to health and wellbeing. Even beauty products and presents for gifts. We shall explore in this article the origins of pharmacies and where we are now. That is, with websites such as Chemist Direct, who allow us to purchase our medicines online for our convenience. They offer a vast range to cover every ailment. Pharmacy websites are quick and easy to use and the products are delivered in no time at all.

Pharmacy began as an ancient practice when juice would be expressed from a succulent leaf and applied to a wound. According to Greek legend, Asclepius, who was the god of healing, gave Hygieia the job of compounding his remedies. Hygieia was his apothecary, an old name for a pharmacist. The first pharmacies were established in Baghdad in 754 under Abbasid Caliphate at the time of the Islamic Golden Age but by the 9th century pharmacies became state regulated.

It was by the mid-16th century that apothecaries in England had become the equivalent of the pharmacists that we know today and would dispense medicines. Some would have formal training in medicines at college, while others would learn as apprentices.

In 1841, the Pharmaceutical Society of Great Britain was founded. The Pharmacy Act of 1868 would limit the sale of dangerous drugs and poisons to only qualified pharmacists or druggists.

In 1946, the US saw the first pharmacy that mailed prescription drugs to the homes of patients.

In 1981, the first supermarket pharmacy would be opened.

Pharmacist shops would spread all around the world to make medication more easily accessible. Then came along online pharmacy shops to armchair purchase medicines and a range of other medical-related products.

In 1825, Michael Bates set up a in business as a Pharmacopolist, Chemist and Druggist in Launceston, Australia.

There is now something like 5,700 community pharmacies in Australia, with the average Australian visiting one about 14 times a year. This frequency is changing, though, as more and more patients discover online ways of obtaining their medications and health products

Pharmacies, like other retail outlets, are now online. The last thing that we want to do when we are unwell is to have to venture out for medicines. Now we do not have to, we can select them online and have them delivered to our door. At the same time as medicines, we can also order other products to aid our fitness and wellbeing, and order make-up to make us look and feel good. All kinds of toiletries and things that make us smell nice can also be purchased.

Websites make ordering easy because you can build up your shopping cart just as you do a trolley in a food store, and then pay for the total by a variety of methods when you are finished. Rather than feeling rushed inside a store, you can take your time to select just what product it is that you want. In making your decision, you have the world’s internet at your fingertips to find out more about the product, researching beyond the description. Online shopping is the best way to make an informed decision rather than a spontaneous choice. For more information on online pharmacies, click here.

So, in summary, we have discussed some interesting history and taken a look at the way forward. Online pharmacies are how we can now buy our medications, and at the same time, add to our online basket other products that make us feel better.

Thank you so much for reading this wonderful guest post.

What I do on a rainy day | #BlogtoberWithBoa Day 12 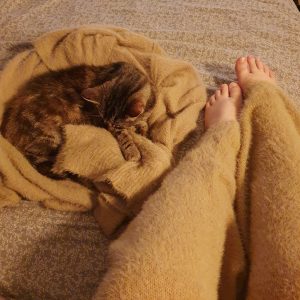 Are You Planning to Extend…

Are You Planning to Extend Your House?