Well hello! It has been a mighty while hasn’t it? I thought I would just pop a little review on here to break myself in a little before sharing my Christmas gift guides. So I actually watched the latest season of Big mouth and oh my goodness I just had to write about it.

If you have watched Big mouth then you will know that the last season, season 3 was out around a year ago leaving us keen viewers to wait in excitement for the next. So I was doing my daily browse to my ‘Continue watching’ list on Netflix and saw the trailer come up for ‘Big mouth season 4’. My eyes widened and I was sooooo excited to begin watching it. Little did I know I would start and finish the season within the same day. Ooops… But seriously, that’s how good it is. It’s like a book you just cannot put down. One more chapter…I promise, just one more.. (5 chapters later).

My initial thoughts went from ‘Please be good. You’ve got a lot to live up to’ to ‘Oh my god, they’ve done it again’ within minutes. They carried through the hilarious atmosphere right from the beginning of the season which I was thrilled about. The creators are truly mindblowing with their ideas and how they execute the story line and new additions. It is very fluent in story line and nothing leaves any loose ends from what I can recall upon first viewing.

The first few episodes are hilarious, bring just as much intrigue and nothing feels ‘same-y’ as such. The same characters with the same traits but so wonderfully put together alongside new characters and scenery. It really does compliment and personify the main subject of the show which is essentially ‘puberty’, ‘hormones’ and growing up as a teenager or young adult in this day and age. The show is quite literally what we all go through in our minds but rarely have the courage to say out loud.

As the episodes went on I realised ‘Wow, they have really changed the age and growth of the characters mindsets within a single season break just as puberty would so occur in real life which is perfect! The topic of sex became sooo real within this season from a very early pinpoint with not just talk of sexualised behaviour but actually them being acted out which was eye brow raising but hilarious and educational at the same time weirdly enough.

My boyfriends words “Every young adult going through puberty needs to watch this. It sums up puberty and the characters references such as ‘Jay and Lola’s’ relationship delving into sexual acts was something every teen should hear” and I agree. Although it is highly sexual, references a higher sense of dark humour and includes alcohol and drugs it is literally a personified puberty! The characters go through what every Teen has to deal with and makes them super relatable.

Yes it’s not appropriate for young people as the swearing, humour and topics do become intense but the premise is a great educational platform in a very weird way! Even as a young adult in my twenties I watch this and relate so much to my mindset and bodily changes during my teen years. As a teen who was scared of intimacy and relationships it really struck me as relatable when seeing the development of certain characters. Teen boys should take a note of some of the actions by these characters in Season 4; Jay in particular when he listens to Lola rather than just assuming what she wants and likes.

One of the reasons I love Big mouth Is because they push boundaries and have some very risky content. I am one for comedy but within a safe proximity and not too rude or offensive. I was really worried when in the new season they touched on Transgender, 9-11 and black culture/issues within this world and society. As a white person I am very anxious about doing the right thing and I want to stand with every race out there who are seen or treated as less and a minority and so when Big mouth started a whole topic of ‘Black lives’ and almost a middle fingers up to society, I was like “Hell yeah!”. I thought it was an awesome addition that again shed light in an educational yet personified way and left Lewis and I nodding both saying ‘So true’. It was a moment of “Oh, they went there” and I really hope that it will create a unified atmosphere rather than backlash.

The creators really do say what everyone else thinks and I kinda feel like that is the power this show has. They definitely leave some saying “Too soon..?”.

Why I think there should be a trigger warning

So here’s where things got very intense. There was a clear turning point where mental illness became a huge focus. They carried through Depression from the last season personified through the ‘Depression Kitty’ and also touched on shame through the ‘Shame Wizard’ which they did very well. This season alongside both of these struggles they brought in another hugely suffered mental illness; Anxiety Disorder. This is where it got quite heavy for me personally. I made the bad decision to watch it all in one sitting during a sensitive time and hence why I really do think there should be a ‘Trigger Warning’ obvious to the viewer before watching as it is content that is super triggering even for those who don’t suffer with mental illness. Being someone with a diagnosis of Extreme Anxiety Disorder this made my eyes widen and my stomach sink slightly as it resonated so intensely with my experiences, thoughts and feelings.

I absolutely adore Big mouth and my goodness it makes Anxiety, depression, shame, emotional and mental struggle, societal pressure, sex, sexual orientation, gender identification difficulties and puberty so easy to understand to an extent. It is a physical representation that is actually educational behind all of the humour and what some would describe as ‘crude’ content.

So, have you watched Big mouth? If so, have you seen the latest season? I know it isn’t for everyone but we are all entitled to our opinion and I love this show. The voice actors are some of my favourites and the creators do a great job, especially whilst creating such a controversial show with very risky content along with lots of backlash!

Thank you for reading! Let me know your thoughts in the comments If you’ve seen it.

Galentines & Palentines get together | Valentines

Christmas days out and activities | Blogmas 13!

What can introverts learn from the Covid-19 pandemic? | Collaborative post 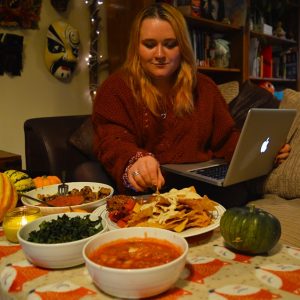 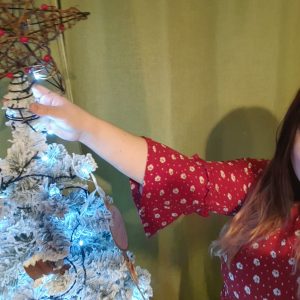